Moderate, not too much ascent 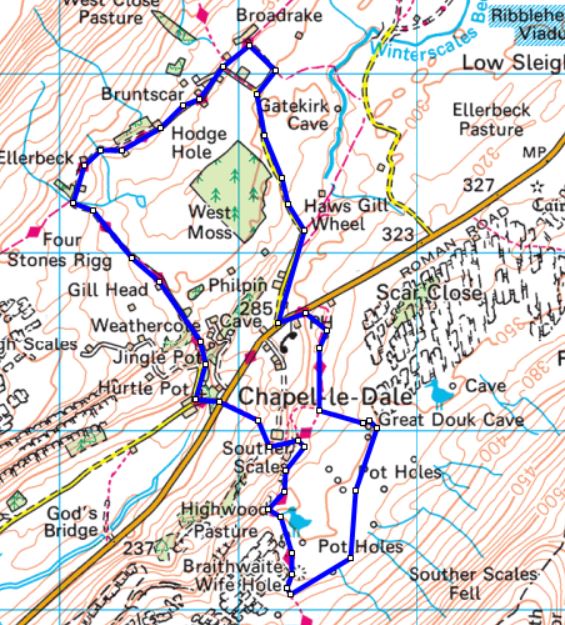 This pleasant circular walk takes you down into Chapel-le-Dale, then up into the Southerscales nature reserve on the lower slopes of Ingleborough. 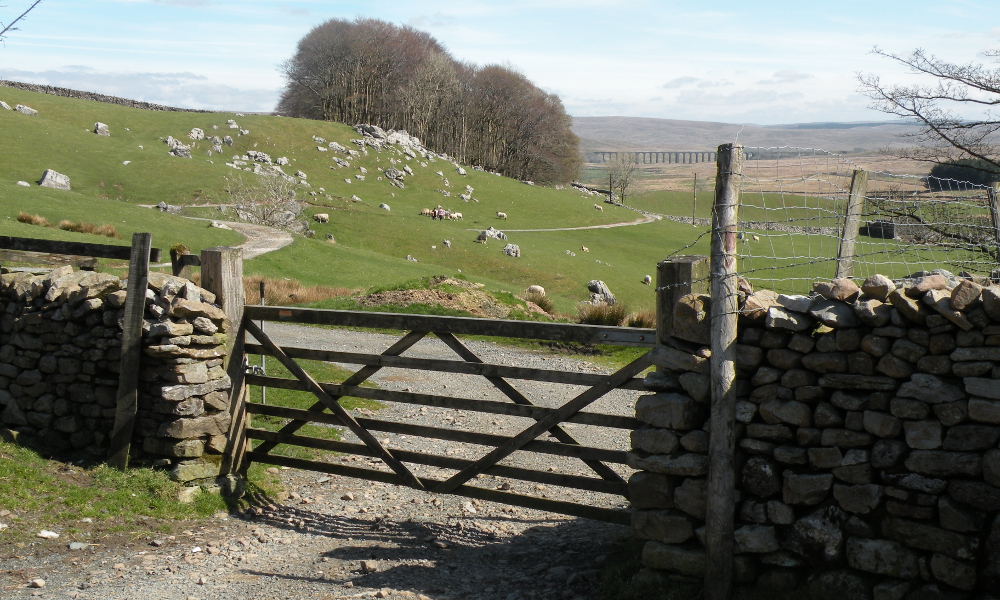 From Broadrake turn right out of the door across one field to join the track. Keep going straight on past Bruntscar Hall until you reach the farm of Ellerbeck. Continue through the farmyard on the obvious track to a cattlegrid and ford. Turn left here down the track across moorland to a walled lane which is followed down towards the hamlet of Chapel-le-Dale.

As you descend this track you will come across an unexpected sculpture called "The Statue" by Charles I'Anson. The plaque has the inscription "For years a statue stood on this spot. It was vandalised on Saturday August 27th 1983 and subsequently found in 30 feet of water at the bottom of Hurtle Pot. An enthusiastic team of divers made the recovery and it has been erected again as found. It was the creation of the late Charles I’Anson the well known sculptor and artist. Time will tell if the spirit of the Boggard of Hurtle Pot is now enshrined in the statue." A little further down the track, just before the reaching the Church you will see the huge chasm of Hurtle Pot.

The tiny church of St. Leonard's is Grade II listed and contains a plaque to commemorate those who died during the building of the Settle Carlisle railway. 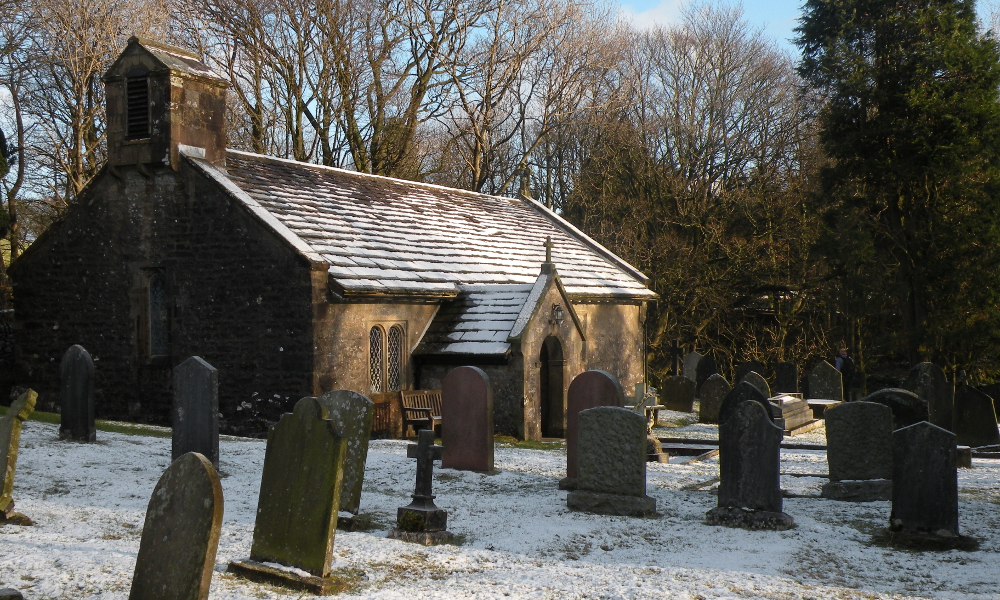 At the bottom of the track turn left past the church on the minor road to reach a T junction with the B6255. Straight across the road is a stile and footpath up to Souther Scales House. Past the house bear left up the hill for a short distance then zigzag back right towards Ingleborough. A little further up you will join the 3 Peaks route. Follow this towards Ingleborough as it winds through limestone outcrops and pavement. On your left you will pass a massive depression called Braithwaite Wife Hole and shortly after this go through a gate.

The path ahead of you leads up Ingleborough, but instead turn left and follow the wall. Follow this less frequented path to a stile ahead of you, after which the track bears left across open moor. On your right you will see an area of limestone called Middle Washfold, worth a short detour to explore. Take care as there are unprotected drops into cave entrances here and streams from the slopes of Ingleborough are swallowed up. Return to the track and continue towards the trees surrounding the depression of Great Douk. The depression is encircled by a wall but carry on round and you will come to a stile at the lowest point. If you want to investigate you can descend into the hollow, but take care, it is slippery. You'll see a scaffolded entrance to a pot hole in the middle and at the far side a waterfall issues from a cave. This is Great Douk cave and it is possible to follow it for about 3/4 mile underground to emerge at Middle Washfold.

Returning to the track continue down to a crossroads of tracks and turn right across fields to reach the B6255. Turn left on the road down past the Old Hill Inn then sharp right just before the Old School Bunkhouse to follow the lane through Philpin Farm and back to Broadrake.

A couple of shorter alternatives are possible.

After passing Chapel-le-Dale church turn left to follow the B6255 up hill and fork left after the Old School Bunkhouse to follow the lane through Philpin farm to Broadrake. Take care on the main road.

The other alternative after passing Souther Scales House instead of zigzaging back right continue up to join the 3 Peaks route and turn left back towards the B6255 and the Old Hill Inn. This misses out the loop round Southerscales Nature Reserve.